Everything You Need to Know About Ward Ipiihkoohkanipiaohtsi 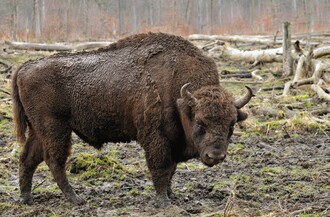 In the last few weeks, I've spoken with hundreds of residents in Ward Ipiihkoohkanipiaohtsi and one thing I noticed is that there is a lot of confusion surrounding Edmonton's new ward names and boundaries. My instinct to help people and solve problems kicked in, so I decided to create the following short video (see below) detailing everything you need to know about Ward Ipiihkoohkanipiaohtsi!

Although the new ward name may seem intimidating or inconvenient to learn at first, it honours the rich history of our Aboriginal roots and peoples, most notably, the Blackfoot Nation. As a First Nations man, I'm grateful that our city acknowledges my people's history and I am happy to share the meaning of Ward Ipiihkoohkanipiaohtsi so that others can learn and share, as well.

In this video, I go over how to pronounce the new ward name phonetically, which neighbourhoods fall under these new boundaries, and a brief history of the name's origins.

Meaning: Traditional lands where the Blackfoot Nation performed Buffalo Rounds. It is known that bison would migrate up to 300 kilometres north of the North Saskatchewan River to the safety of artesian wells to gather for the winter.

Name Explanation: Bison were as vital to the Blackfoot people, as to all Indigenous peoples of the plains. The Blackfoot had established words and meanings for their migration patterns, which often coincided with the change of the seasons. In honour of the bison roaming north yearly, this ward was given the name Ipiihkoohkanipiaohtsi, which means the migration of the bison north for calving season in Blackfoot.

The Blackfoot (Nitsitapi) are often associated with Southern Alberta, but their traditional migration patterns often followed the bison up to the North Saskatchewan River. The Blackfoot nations are composed of four separate bands; the Siksika (Blackfoot), the Blood (Kainai), and the north Peigan (Aapátohsipiikani) and the south Peigan (Amskapi Piikani), which make up the Blackfoot Confederacy.